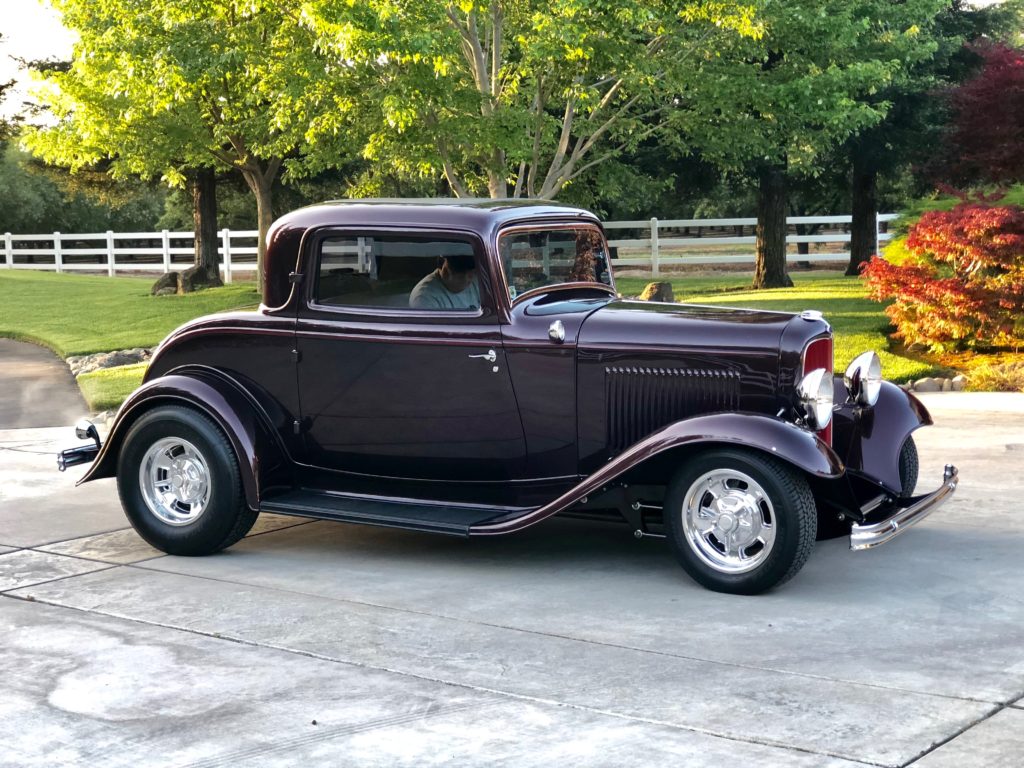 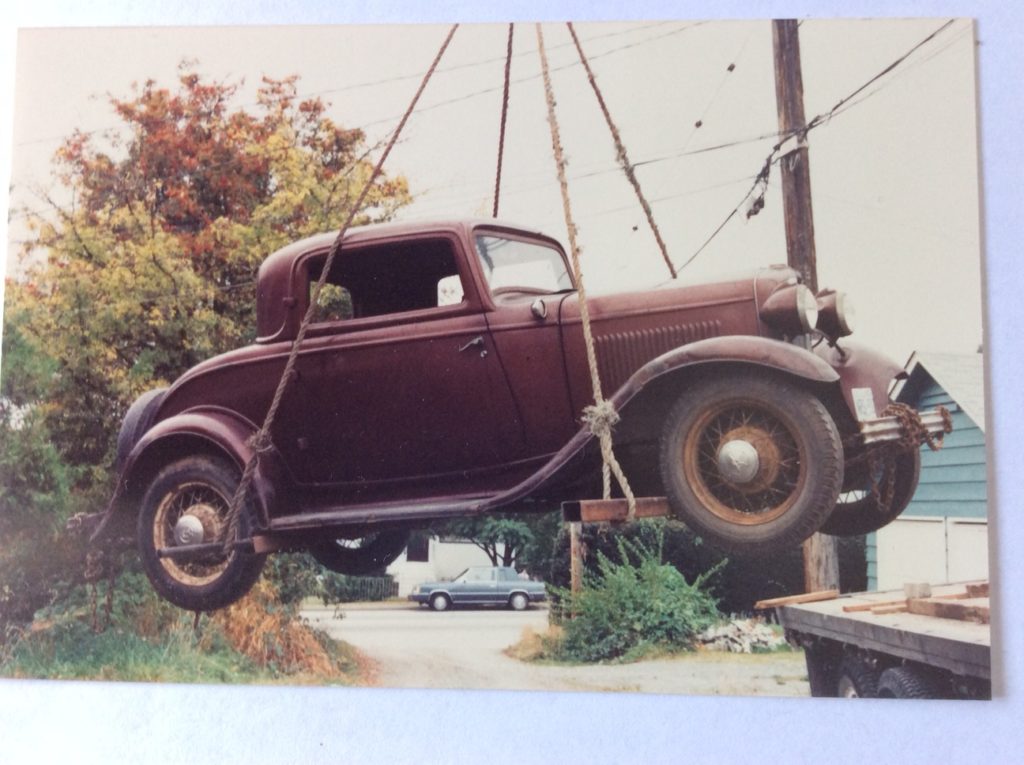 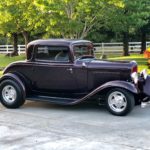 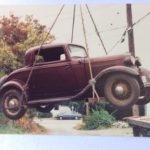 My ’32 3W was in the hands of a “hoarder” from the late 40’s until 1988 when my friend bought it.  The below photo is when it was pulled out of the building and lifted onto a flatbed truck.

The ’32 was kept in a garage with 11 other 1932’s.  The original body tag #260 (out of 23,411) produced.  The car retains the original chassis, all the sheet metal is original with no patch panels.  It has all the original floors also.  The bumpers, grill shell, grill insert, firewall, seat, dash are original.  The roof is not filled, the cowl vent is functional and retains the cowl lights.

The chassis was modified with a parallel 4-bar coil-over set-up with a Ford 9″, the front received 4-bar parallel set-up and new dropped axle.  It’s powered by a 350 chevy, tri-power intake which makes it through a 4-spd tranny.

It is awesome to be the current caretaker of this jewell.  It joins my red, “blown” ’32 Ford roadster “all Henry Ford” original steel.  That car can be found on this site also.

Don't have an account?Register